​A slightly different way of having to go about a problem compared to usual. I was called out to a 2014 MY Ford Focus. A really clean, and looked after example too. This vehicle had been in to his usual workshop, and the fault of the battery flattening overnight was attributed to the BCM. However, the customer had also been told it had to go to Ford for the repairs! 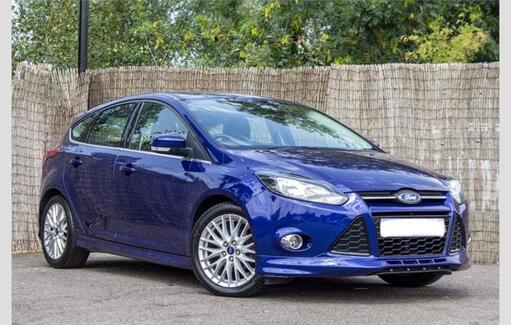 ​Luckily the gentleman’s son knows me, and told him to get in touch. In fact they both did! His son to say I should expect a call, and the call itself. As always I wanted to verify the issue myself. So later on after a particularly busy Friday, I popped over town to look at the Focus. I know the garage in question, and also know they have a dedicated auto-electrician next door. So I was fairly happy the diagnosis would be good. I just needed to see some evidence myself. This is what I found:
​I had explained to the customer, the circumstances and he was happy to go with the part he had been told it needed. I also added, from what I had seen (pictures 2&3), that this was likely the problem. Even if it had not been, it was an issue that needed resolving regardless. It’s always an idea to be “belt and braces” when you haven’t officially diagnosed it yourself. I ordered the replacement BCM and other parts required from Ford. Then returned as soon as possible to get the vehicle back on the road.

​Somewhat annoyingly, you can not get replacement connectors with pigtails for this particular BCM. So for two connections that were in a particularly poor state, I had to de-pin them and fit my own. Which I was able to obtain from an old piece of Ford loom I had kicking around. All parts fitted and connections made as good as I could. We then got to the part of the repair the customer had been told it would need to go to Ford for!

​This was probably only the second time I’d had the opportunity to use this tool. So, out of the box came the GMTO Connect. A very straightforward piece of kit, with me just acting as a dummy! You connect and login the job you wish to carry out, then do as you are told! 😆. The immobiliser system ran through this BCM also, so there was quite a procedure to run through. I made sure we were safe for all the programming. By having my Telwin battery support unit on throughout.

After a whole raft of “key on” “key off” and other such instructions performed. We were good to go! All this done on the customers drive, and hassle free! The vehicle was now up and running, correctly coded and initialised as per factory build. I am also able to say without question, that the car is still behaving perfectly. No need for the dealer on this one. So a happy me, and a happy customer. Money saved, and hassle of getting it to a dealer. Not to mention the downtime.